Meglio and Associates is a service-minded lighting manufacturers representative in the architectural, commercial, industrial & residential markets.

The year was 1978 and the oil embargo was crippling the economy but despite the times, Tony was determined to venture out on his own and he started Meglio & Associates – a construction, industrial and
lighting manufacturers’ representative. His hard-nose attitude led Meglio & Associates to become one of the top rep agencies in the area.

As the 21st century started, Tony began the process of turning things over to his sons – Mike and Dave
Meglio, who today own and operate the business. They now serve the Midwest territory that includes
Missouri, Central and Southern Illinois and Kansas. When asked about how Tony built such loyalty
with his customers, he said, “It’s about telling the truth even when sometimes it wasn’t what they wanted to hear. We worked together, but we also played together. My customers became my friends.”

Meglio is rooted in honesty and loyalty with the drive to provide unbeatable customer service to their distributors, contractors, specifiers, and end-users. 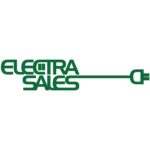